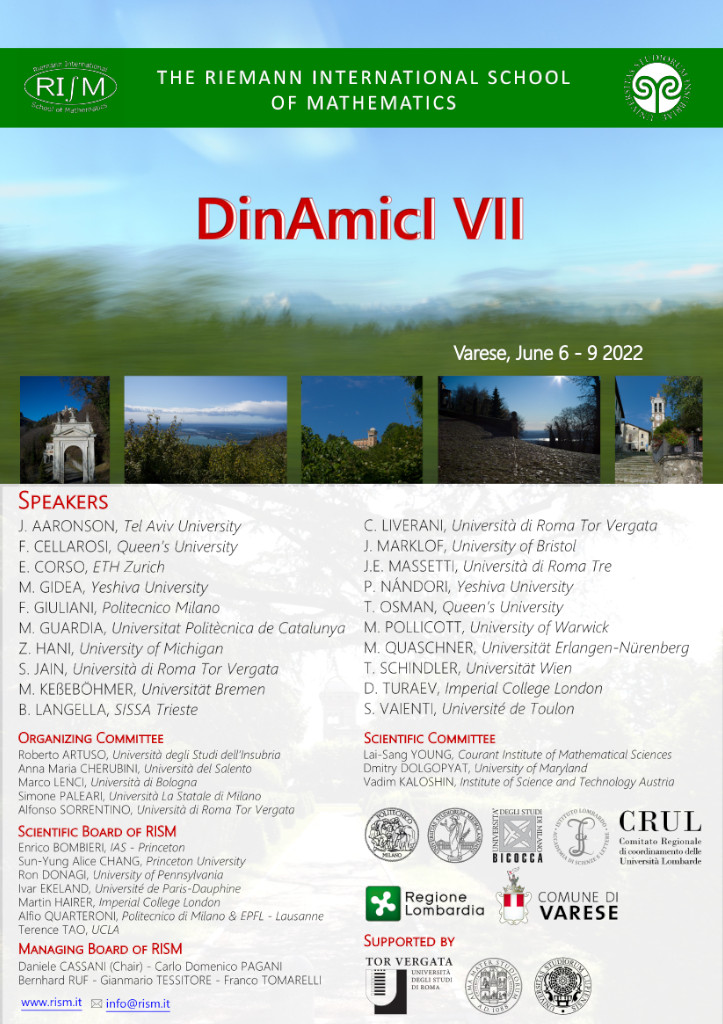 Click here to partecipate to the event on Microsoft Teams

You are kindly invited to keep your webcam on

We thank you all for your active participation

Background and aims of the conference | Speakers | Committee | Schedule | Location

The field of Dynamical Systems has always been one of the most transversal and ramified of Mathematics, exchanging ideas, techniques and results with a broad array of other fields, such as Geometry, Analysis, Probability, Number Theory, etc.

It is also one of the most interdisciplinary and applicable, providing approaches, models and mathematical predictions for disciplines as diverse as Physics, Biology, Economy, Social Sciences, etc. etc. In a scientific panorama that is becoming more and more interdisciplinary, in which Mathematics plays the role of the most basic science and common language, it is not surprising that Dynamical Systems are going through a thriving time, as demonstrated also by the many top prizes awarded recently to mathematicians in and around the field – cf. The Fields medals to A. Venkatesh (2018), A. Avila and M. Mirzakhani (2014), E. Lindenstrauss (2010) and the Abel prizes to H. Furstenberg and G. Margulis (2020), Ya. Sinai (2014), D. Sullivan (2022), E. Szemeredi (2012).

The DinAmicI (https://dinamici.org) is a network of specialists in Dynamical Systems with diverse backgrounds and research interests; originally created in 2009 with the aim of connecting and supporting a number of Italian dynamicists, DinAmicI has then evolved into an international community comprising, more than 100 members based in more than 20 countries.

In Fall 2020, it has become a work group of the Italian Mathematical Society (the UMI group DinAmicI). Previous activities include: 8 workshops (6 “official” DinAmicI workshops + 2 other workshops), a Summer School, 4 “DinAmicI Days” (scientific/social one-day meetings), as well as a series of online seminars. The proposed conference will be our seventh official workshop (DinAmicI VII).

One of the main purposes of the workshop, in line with our tradition, is to provide an opportunity for young researchers to interact with world-class experts in different areas of Dynamical Systems.

Organizing Committee (in representation of the DinAmicI community): 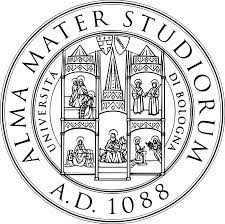 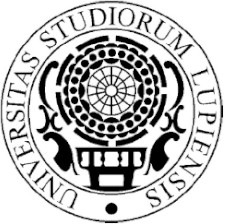 The mathematical theory of wave turbulence

Geodesic random line processes and the roots of quadratic congruences

A few results on quenched random dynamics on open systems

Oscillatory motions and symbolic dynamics in the three body problem

On the persistence of periodic tori for symplectic twist maps

Non-collision singularities and the (4+4)-system

Folding dilating shapes: a journey from Euclidean to hyperbolic geometry

Flexibility of the central limit theorem in smooth dynamical systems

The Jacobi theta function near the real line